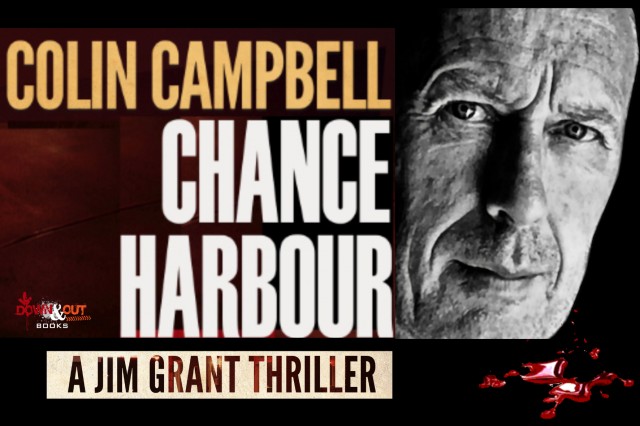 Here is a sneak preview of CHANCE HARBOUR, the 8th Jim Grant Thriller. Due out in December 2022 from Down & Out Books.

“I know cops who twisted their ankle took longer off work than you. Being dead for fifteen minutes is still dead.”
“And now I’m alive. You just said so. So what’s your point?”
Sam Kincaid looked at Jim Grant. “Here’s my point. Getting resurrected takes a damn sight longer than getting over a twisted ankle.”

The old man in Bed 7 said he’d been involved in a work accident up the road from New York Presbyterian – Queens. Ward 4E doesn’t deal with work accidents it’s the Intensive Care Unit. Dementia is robbing George Edwards of any coherent thoughts until his face finally clears and he looks up at the nurse. “Okay. I know what happened. I need you to call my son. He’s with the Boston Police at Jamaica Plain.”

Jim Grant isn’t at Jamaica Plain he’s taking Sam Kincaid’s advice and getting over being resurrected. Until he gets a call from New York to say his father is seriously ill. A mercy dash to the hospital sees Grant arrive too late. His father has been abducted. A bomb has exploded outside a diner. And the FBI wants to know how Grant’s father knows a Russian oligarch who is even older than he is. For father and son it could be the last chance to reconcile their differences. It might also be the last chance for everything.