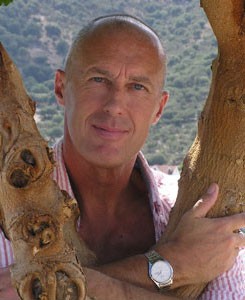 I am a Yorkshireman, born and bred. February 1955. From a working class family in a one-up one-down, back-to-back terrace house in Leeds. No electric until my parents had it installed, and even then only one ceiling mounted light fitting in each room. Any appliances had to be plugged into the light socket so if they wanted to listen to the radio they had to do it in the dark. No television, that came later. But I never wanted for anything and never felt badly done by. Once I was born they moved to a council house with full facilities. Even and indoor toilet. And pretty soon, a black and white TV. Maybe that’s why I acquired my love of books.

My schooldays were largely uneventful. Aside from the occasional playground fight, running away from home, and almost derailing a train while playing on the embankment. Early years were spent at Iveson House Infants School where my class teacher, Mr Cox, was the first to make me feel special. He was one of those rare people who could make everyone feel like they were his favourite pupil. From there it was Moor Grange County Secondary School (now sadly replaced by an industrial estate) and the first signs that I might have a creative side. My English (and Religious Instruction) teacher, Mr Radler, encouraged my writing and even let me finish short stories in his RI lessons. A sin in some circles I’m sure. And then there was Brian Gaunt, my art teacher. A strict disciplinarian he nevertheless noticed that I had an eye for composition and helped me to develop it as far as possible within the school programme. At the time I had ambitions to be a poster artist for my other love, the cinema. I never considered writing as a career. Surely kids from the council estate didn’t write books. That was for posh people.

Having to work for a living soon put paid to any arty-farty ideas. Starting as an apprentice electrical engineer at RF Winders Ltd of Stanningley, a job I was clearly not suited to since most of the transformers I made blew up. Then came the biggest contribution to my coming of age. Three years in the British Army serving with the Royal Army Ordnance Corps (now also sadly defunct.) Before you think I was some kind of trained killer I’d better explain that I was the company clerk. Deadly with a typewriter. Basic knowledge of firearms and hand-to-hand combat. Although being hit on the head with an Olivetti would probably do the trick.

After leaving the army I worked a summer season at Pontin’s holiday camp in Barry Island, South Wales. Did a short spell as a storeman at Dransfield Novelty Company. And a period as manager of the camera department at Woolworth’s. I was also the entire staff of the camera department so all I had to do was manage myself and sell cameras. Something else I wasn’t suited to since I kept sending customers to a far better camera shop down the road. 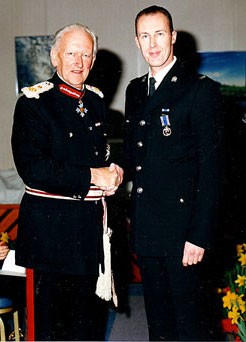 The long hot summer of ’76. The start of my 2 years probationary period as a police constable (pretty much as fictionalised in Ballad of the One Legged Man.) I was posted to Ireland Wood Police Station, a small one-cell cop shop, (also defunct; that pattern again,) with a separate building for the canteen and CID. Walking the beat and learning my craft was a very rewarding job and one I am proud to have been part of for 30 years. The team spirit and camaraderie is second to none, and equal to that found in the armed forces and all emergency services. It served me well throughout the various incarnations of my life as a policeman.

Uniform patrol for the early days was followed by several years as a gaoler at Leeds Bridewell under the town hall. Now there was a period that required a sense of humour to help you through the day/night since there wasn’t much happiness on display from the inmates or the officers bringing them in. Dangerous days too. I never met so many people who wanted to punch/kick/spit at me during any other part of my service. Less popular than at most of my book signings.

Then there was my purple patch. Almost 15 years as a Scenes Of Crime Officer at Leeds, and then Bradford. Examining crime scenes as varied as burglaries to rapes to murders. Add in fatal road accidents, assaults, and suicides. And finish up with photographing post mortems. Not much to laugh about there but if you didn’t keep your sense of humour you were lost. And a packet of Polo mints in your pocket for the smelly ones.

Civilianisation flopped me out of SOCO and back into uniform after 22 years. A shock to the system (pretty much as fictionalised in Through the Ruins of Midnight) that was difficult to swallow but which rekindled my enthusiasm for the job I signed up for. Pounding the beat. Not on foot so much now, times had changed, but rushing from pillar to post with the blue lights and sirens of modern day policing. One night shift, the busiest Boxing Day of my life, at a women’s refuge, I had to single-handedly disarm a man with a very big knife who was threatening to kill any policemen that came around. I received my one and only commendation for that.

A few years of uniform patrol and I moved back into plain clothes as Crime Manager on Team 2 at Toller Lane Police Station (sadly defunct even before I moved there and rebuilt as Lawcroft House PS. The pattern gets stronger.) Here I was to enjoy my final 4 years with the only long-term partner I’d ever worked with. Pat, your name is safe with me. We became a double act that will no doubt inspire future novels (and did inspire my retirement short story, Lightbulb Man and the Burger King) as we dealt with robberies and rapes and the ever-present burglaries. Interviewing suspects was our speciality and being initial response to firearms incidents the bane of our lives. Covert drive pasts would only be covert if every scumbag in Bradford didn’t know we were coppers, which they did. Fortunately nobody shot at us.

30 years later. February 2006. Cutting the ties that had bound me to the brotherhood of blue. A sad moment but one that opened the door to my new career. Full time crime writer. And allowed more time for my other pastime, international tennis player.

Writing and tennis have been two of my passions over the years. I have represented West Yorkshire Police at regional and national levels, and competed in the World Police/Fire Games in Calgary, Stockholm, Barcelona, Indianapolis, Quebec and Adelaide. Gold medallist in Quebec and Adelaide.
The writing crept back into my life following a James Bond short story competition in the middle of my police years. Short stories for practice led to novels for fame and fortune. Neither fame nor fortune has come my way yet but I am getting better. Horror novels gave way to crime fiction, peppered here and there with occasional children’s books, and I am now proud to count Lee Child, Reginald Hill, and Robert Swindells among my supporters. The door to my police life may have closed, but the one leading to my writing career is well and truly open. Long may it last.

All the best, and happy reading.