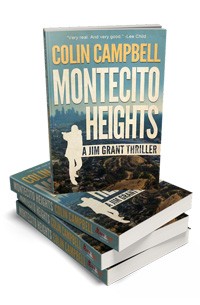 Read a chapter
Click on the book cover to read the first chapter from Montecito Heights.

One Response to Montecito Heights