Take Shelter – Jim Grant Is At It Again In SHELTER COVE 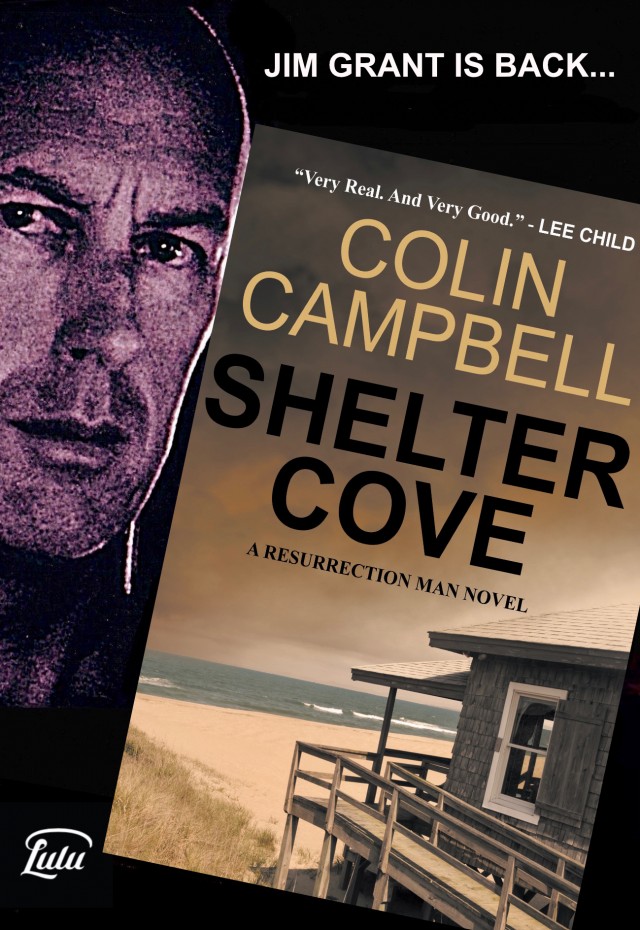 IT’S ARRIVED AT LAST. The sixth book in the Resurrection Man series is here.
Jim Grant is at it again. Knee deep in shit, and shit deep in someone else’s past. So far so normal. Except this time it’s personal, and that’s why the past stings so much.
Pacifica, California. Trouble comes in threes. Always has and always will. If Cole Thornton had recognized that he might have avoided much of what was to come. If he’d realised that the car crash was the start of his personal trifecta he could have moved on before Shelter Cove became a killing jar instead of a safe haven. Before the bodies on the beach and the shootings. And before Jim Grant came looking for him.